Welcome to the Solferino Academy

Young people can have a real influence when given the opportunity to do good. After receiving funding, coaching and support from the Limitless youth innovation programme, hundreds of Red Cross and Red Crescent youth innovators have powerful impact stories to tell us.

Read the stories
The Winners
Watch our webinars
All the Ideas

Australian Red Cross led an effort to solve this by establishing a verifiable digital credentials solution in order to remove some of the structural barriers and administrative burdens to onboarding.

END_OF_DOCUMENT_TOKEN_TO_BE_REPLACED

Participants of Limitless were invited to create short-form videos outlining the challenges they faced in their communities, their proposed solutions and resources required. Through Action Translate, these videos were able to be translated into 17 languages – enabling worldwide distribution.

END_OF_DOCUMENT_TOKEN_TO_BE_REPLACED

“We trained 120 farmers from 15 different communities how to make organic fertilisers, and they are now training other members of their communities!”

I started out searching for a solution on how to help members of my local community overcome the hunger crises brought about by the effects of the COVID-19 pandemic. I wanted to help farmers with a more cost-effective way of farming, of which the long term benefit would cut across their personal health and the environment at large.

END_OF_DOCUMENT_TOKEN_TO_BE_REPLACED

It combines evidence and insight with scenario development and creative problem solving.

Following a successful pilot in 2021, FutureFellows will be back this year! We will launch the call for applications on Wednesday 30 March via our mailing list and...

END_OF_DOCUMENT_TOKEN_TO_BE_REPLACED

Coordination has always played a crucial role in enhancing our Movement’s ability to respond to humanitarian crises. Over recent years, the Strengthening Movement Coordination and Cooperation (SMCC) has contributed to improving efficiency by enabling complementarity and reducing duplication. Now in its phase 2.0, SMCC continues to shape our Movement’s response to medium- to large-scale emergencies around the world.

END_OF_DOCUMENT_TOKEN_TO_BE_REPLACED

Planet:Red Summit showcased the power of many

On October 12-14, 2021, we came together as the International Red Cross and Red Crescent Movement and organised a global, virtual summit Planet:Red. The focus of this summit was on two of the greatest threats in contemporary times, the climate crisis and pandemics, and also on stepping up the Movement’s local action to drive global impact on the humanitarian dimensions of both.

END_OF_DOCUMENT_TOKEN_TO_BE_REPLACED

Three Priorities for the Humanitarian Future

Liana Ghukasyan focuses on three IFRC priorities that have changed the way humanitarian assistance is delivered and will be instrumental in shaping the humanitarian future.

END_OF_DOCUMENT_TOKEN_TO_BE_REPLACED

The IFRC wants to leverage financial markets to keep up with the world’s unprecedented humanitarian needs. Here’s how 

The humanitarian and private sectors may appear to be at opposite ends of the spectrum, but closer collaboration could yield solutions to the world’s biggest problems. I believe it’s possible to move toward a shared ownership approach, whereby both the private sector and humanitarian partners align their objectives, including financial returns.

END_OF_DOCUMENT_TOKEN_TO_BE_REPLACED

Are we doing enough to prepare for the Future?

The global picture is quite grim – pandemic, protracted conflicts, impacts of climate crisis, growing inequalities and polarisation, increases in gender-based violence and drastic worsening of mental health. In addition, the crisis in Ukraine has brought another layer of uncertainty, complexity and heart-breaking human suffering with global implications.

END_OF_DOCUMENT_TOKEN_TO_BE_REPLACED

The Solferino Academy is an initiative of the IFRC and its member national societies that aims to help the Red Cross and Red Crescent network anticipate, understand and adapt to trends and emerging issues 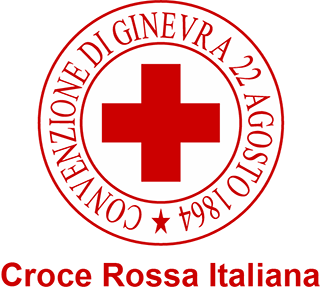 A selection of the best events from the Red Cross Red Crescent Network focusing on innovation, foresight and transformation. A curated collection from the Solferino Academy superstars and delivered straight to you. You’ll never have to miss a cool event again.

45 minutes | How can we decarbonise social and humanitarian actions?

The climate crisis is already having devastating effects on the health & humanitarian sector. On the frontline, the Red Cross Red Crescent network is anticipating future...

END_OF_DOCUMENT_TOKEN_TO_BE_REPLACED

Episode 2 of the Humanitech Perspective

In episode 2 of the Humanitech Perspective we asked 🌏 Usman Iftikhar what problems he is looking to solve into the future? His answer Climate Migration, it was a powerful answer as it hits home to the realities that many people are facing around the globe already.

END_OF_DOCUMENT_TOKEN_TO_BE_REPLACED

A virtual journey through the eyes of refugees

What if you had to flee your home? What if the future of your whole family depended on your decisions? What kind of choices would you make?

Join us on a virtual journey through the eyes of refugees on Wednesday November 24th 12:30-14:00 CET.

END_OF_DOCUMENT_TOKEN_TO_BE_REPLACED

Why do we need a glocalized development? Way to decentralize aid

It has been six years since the humanitarian agenda has reached a milestone after the UN Secretary General’s call for turning locally-led humanitarian action at the World Humanitarian Summit in 2016. This was a call to change the function of global humanitarian system as the international humanitarian actors are falling back to meet up with the increasing needs derived from protracted natural hazards and long-lasting armed conflicts. As the costs of services increase and the high level of risks restrict international actors’ actions, aid has come to a bottleneck.

END_OF_DOCUMENT_TOKEN_TO_BE_REPLACED

As crucial key enablers in delivering effective and timely humanitarian aid to the people in need, digital technologies allow aid organisations to improve collaboration and communication while enabling the delivery of aid more efficiently; rendering a tailored emergency response based on the needs of the beneficiaries. In this scope, digitalisation is one of the Movement’s prioritized topics because it is rapidly shaping how our humanitarian operations and assistance activities are carried out; therefore, impacting how the humanitarian sector is serving the aforementioned affected populations. To stay up-to-date and relevant in different contexts, the humanitarian sector is testing and adopting digital technologies on a multitude of different levels in order to improve the speed, efficiency, and effectiveness of humanitarian operations.

END_OF_DOCUMENT_TOKEN_TO_BE_REPLACED

How can we better co-design and prototype emerging technology with communities at the center? Over the past year, Nepal Red Cross, Cameroon Red Cross, Nesta UK, and IFRC Solferino Academy explored how emerging technology, specifically Artificial Intelligence (AI), could support the effective delivery of humanitarian work by involving communities in the design in two very different contexts. This project was done during a global pandemic and ongoing emergencies with the everyday complexities of humanitarian response.

END_OF_DOCUMENT_TOKEN_TO_BE_REPLACED

How major tech changes have transformed the way we work

Alasdair is an IFRC Alumni. He is now a Senior Lecturer at the School of International Relations, University of St. Andrews. He is the the author of a new book: “Humanitarians on the Frontier”.

END_OF_DOCUMENT_TOKEN_TO_BE_REPLACED

Being Data Responsible as a Team

Data protection principles and practices should guide every humanitarian at each stage of project development. What makes you and your team responsible data users?

END_OF_DOCUMENT_TOKEN_TO_BE_REPLACED

Where to start with your team’s data journey?

We’ve hosted data playbook workshops with avocados, limes, oranges, and a bag of peanuts: You can learn about data quality standards, decision-making with data, and basic data analysis,… and have snacks!

END_OF_DOCUMENT_TOKEN_TO_BE_REPLACED 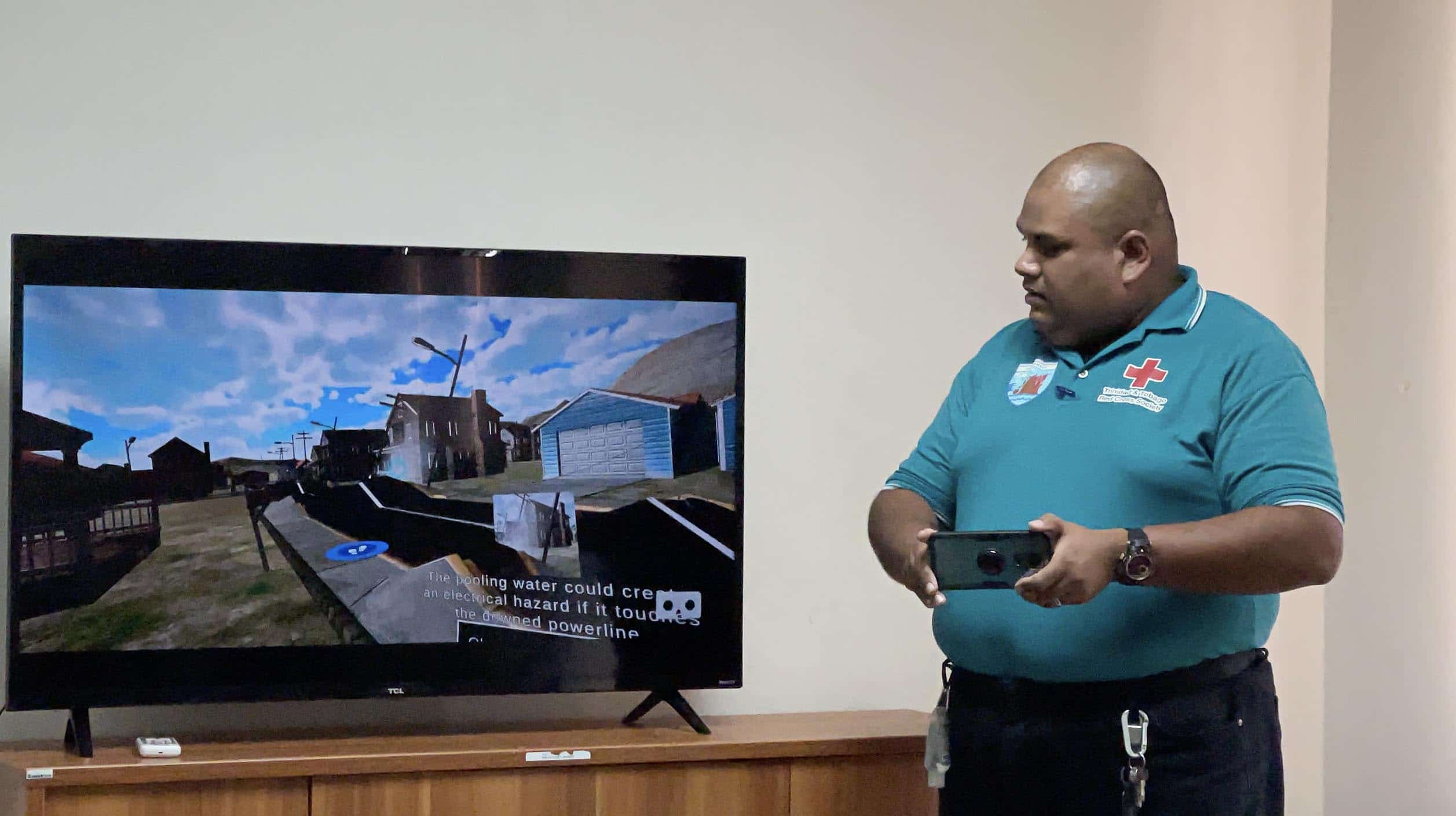 The intensity of the natural phenomena in the Caribbean has increased in recent years. For example, since 2017, three category five hurricanes (Irma, María, and Dorian) have caused considerable damage to all the islands in the region. These experiences and various recent studies reaffirm the importance and need to work with communities in raising awareness and developing capacities to prepare for and respond to disasters. 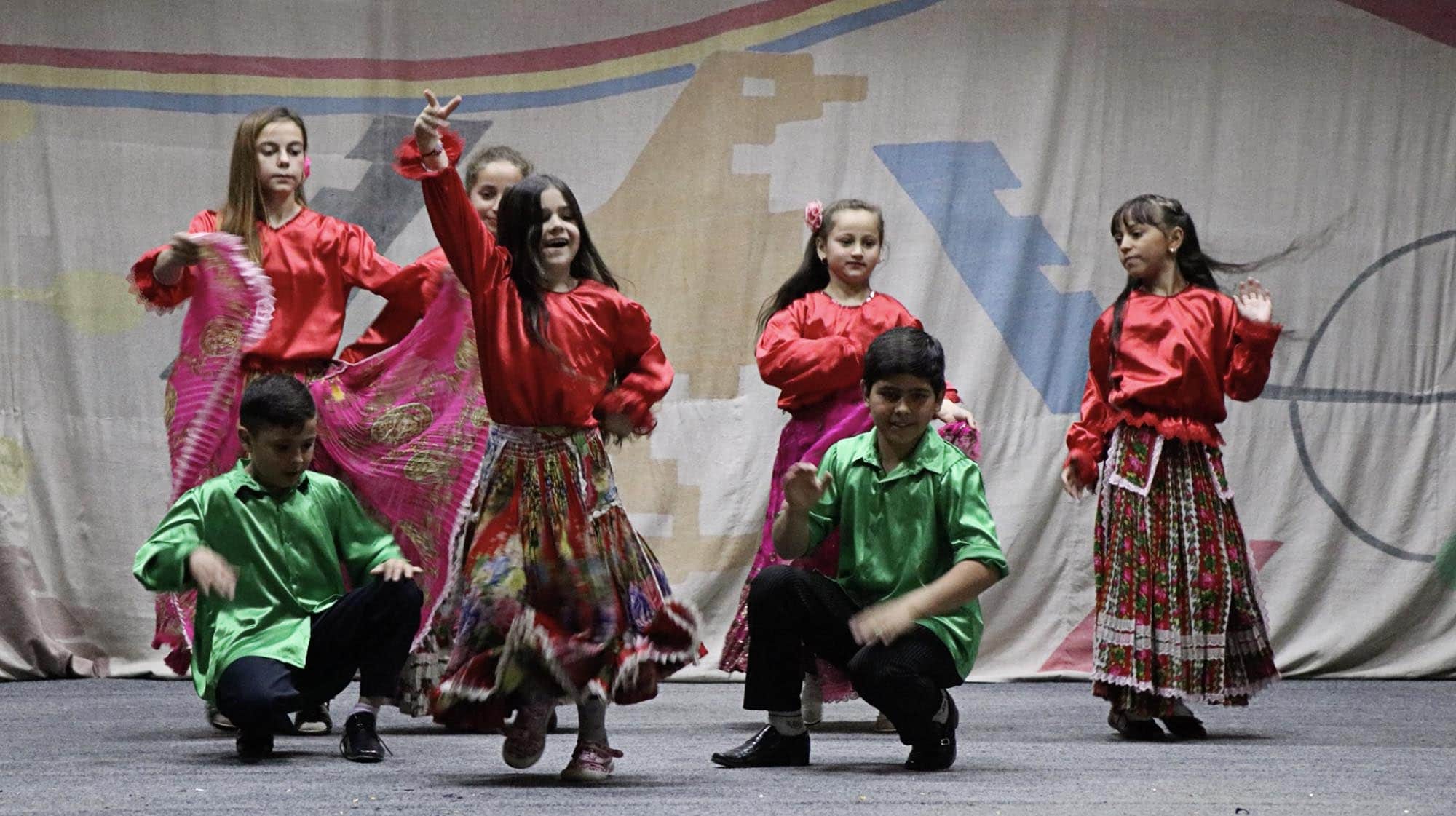 In Romania, a large proportion of the Roma population faces structural vulnerabilities characterized by the complex and continuous ethnic and intergenerational dimension of poverty. The Roma often live in marginalised, economically and socially vulnerable communities, and this has led to social isolation, causing additional difficulties, especially for Roma children in school. According to the Romanian census conducted in 2011, 621,573 Romanians (about 3% of the population) belong to the Roma ethnic group although the 2010 Council of Europe data mentions a Romanian Roma population ranging between 1,200,000 and 2,500,000 people. 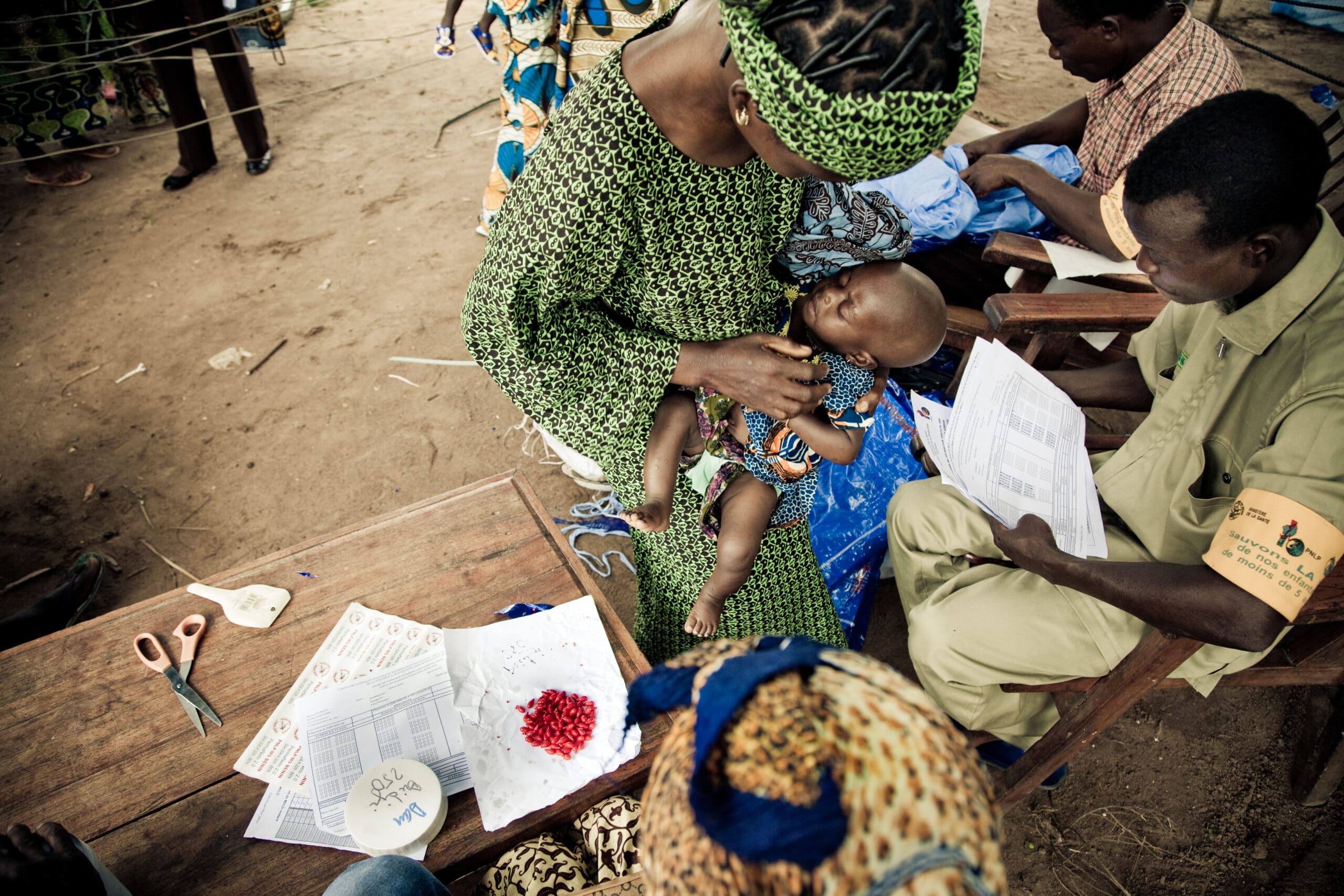 Support for women’s health and autonomy

Red Cross of Benin has increasingly explored new and innovative approaches to try and tackle highly complex social and development issues facing people in the country. One particular challenge that they have turned to new approaches for is the significant lack of health information available for women and girls in Benin and the struggles they face in achieving some measure of financial independence. Red Cross of Benin already supports a large number of women’s and mothers’ groups with first aid and other activities, but they wanted to try a new approach to address some of the systemic challenges facing the women. With the support of the Empress Shôken Fund, which is notably helping National Societies experiment with innovative approaches, they have begun to explore how to develop social and micro-entrepreneurship approaches with women’s groups.

Are you interested? We’d love to hear from you!